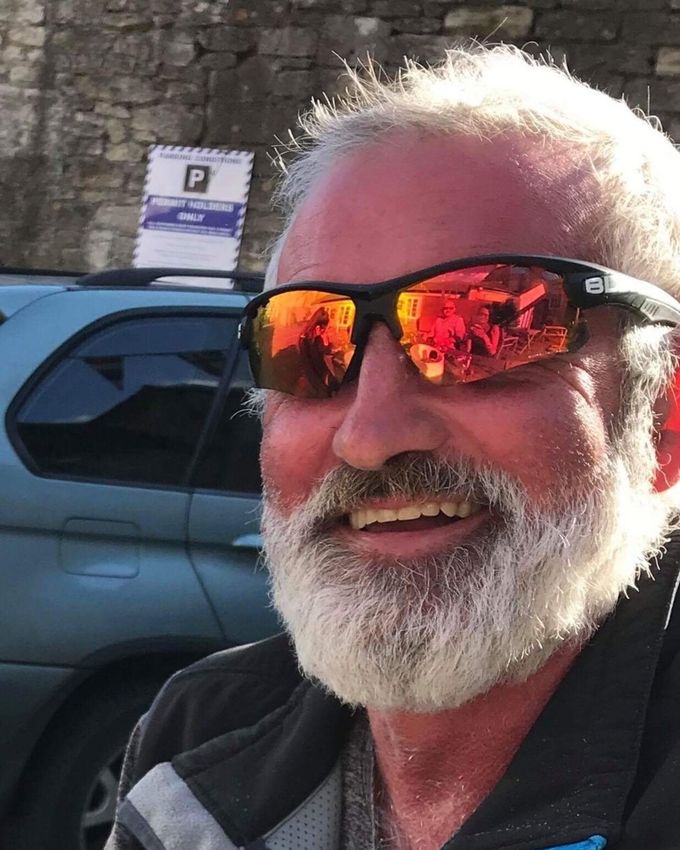 -
Avon Nordic Trails was formed into 2018 by Head Instructor Rich Snarr. He has always had a love for the outdoors and sports that involve this, including trail running, open water swimming, paddle boarding, hill and mountain walking, mountain biking and 4 years ago Nordic Walking.
In 2016 he competed several ultra distances of 50km and was training to complete his first 100km endurance event.

Unfortunately due to a life changing accident in 2017,he has changed his career path to become a Nordic Walking Instructor. In May of 2018 he qualified with British Nordic Walking and the I.N.W.A. (International Nordic Walking Federation)as an instructor. He is also a St John Ambulance trained first aider.

We hope that if you are interested in learning to Nordic walk and want to get fitter, burn some calories, enjoy the outdoors and socialise then come and join us in the "Big green gym"

For recent health studies on the health benefits of Nordic Walking please see our links section below.

We looking forward to seeing you soon!

A Brief History of Nordic Walking

Nordic walking is a modern sport that started in Finland.
For decades in the 1900s, athletes in Finland had been training for winter cross-country skiing by walking in the summers with just the ski poles (they called it "ski-walking.") And, people had been walking and hiking in the outdoors with sticks.

In 1966, a woman named Leena Jääskeläinen (1939 - ), a gym teacher in Viherlaakso, Helsinki, Finland, started using "walking with ski poles" in physical education sessions for students. Later, as a member of the Physical Education Faculty at the University of Jyväskylä, Finland, she continued promoting exercising with poles. In 1987, she presented her ideas of exercise walking with poles publicly for the first time at the Finlandia Walk ("Finlandia kävely") in Tampere, Finland, and her ideas were noticed by the Finnish Central Association for Recreational Sports and Outdoor Activities.

During the same era, a man Mauri Repo (1945-2002) also promoted exercising with ski poles and published a book in 1979 called, "Hiihdon lajiosa" in Finnish ("cross-country skiing training methodic" in English), outlining methods for cross-country ski-training all year round. This book is felt to have influenced the literature and subsequent thinking.
The Finnish Central Association for Recreational Sports and Outdoor Activities, along with the Sports Institute at Vierumaki, Finland, began experimenting with the activity with a view to promoting it.

Nordic as a term was gaining mind consciousness in North America in the 1970s. In 1972, the NHL Hockey Team called the "Quebec Nordiques" was formed.

Later in the 1970s a man named Edward Pauls in Minnesota invented and began selling an indoor cross-country training walking treadmill which he called "Nordic Track."1

And in 1985, in Wisconsin, USA, a man named Tom Rutlin began promoting pole walking. In 1988, he formally named his activity "Exerstriding" and began commercially selling poles for it. It received some media attention in the early 1990s including in Esquire Germany magazine (July 1989), Better Homes and Gardens (April 1993), August 1993 (Woman's World), and New York Times (October 1993)2

In August 1992, the Nordic Track company introduced its own walking poles, called "Power Poles", and they called the activity "Exerscience."3
Both poles were designed for walking exercise, but neither was what is today known as Nordic walking poles.

How much the developers in Finland were aware of the American efforts remains a topic for discussion today. Nordic walking enthusiast David Downer feels that the American developments had more influence than is being openly acknowledged by the Finnish side.4

The continuing narrative in Finland

In 1994, a university physical education and sports student named Marko Kantaneva began teaching walking with poles at the Sports Institute at Vierumaki, Finland.

In 1996, Tuomo Jantunen, director of the Finnish Central Association for Recreational Sports and Outdoor Activities, along with some others, worked to develop special poles for use with pole exercising. They referred to it as "pole walking" (aka "Sauvakävely" in Finnish, "kävely" meaning "walking".) One of the people he brought onboard was Marko.

They had an idea they wanted specially developed poles for this activity, so they got a Finnish company called Exel to come to the table and work with them. Among other things, Exel made cross country skiing equipment. Not only did Exel already have expertise in the general area of making poles, but also, owing to a warming of winters at the time, and a consequent diminishing public interest in winter cross country skiing, Exel was very pleased to develop a new outlet for their ski pole manufacturing expertise.

Over 30 pairs of walking pole prototypes were developed by Exel and tested in conjunction with the fitness institutes. Marko was a key liaison with the company. The tests with athletes immediately showed the benefits of poles in general for heart rate, circulation, leg and upper body muscles, and in April 1997 the two institutes jointly published a brochure outlining their findings to date. They also endorsed their private-sector partner Exel as a maker of the poles.

The poles they came up with had several defining characteristics:
The poles differed from regular ski poles in that the feet were designed with a forward angle to best suit the walking technique advocated. The poles were shortened from regular cross-country ski poles "to make up for the fact that the athlete, without skis, has a shorter stride."5

Marko later wrote: "Three standard sizes were proposed. I prepared a dimensional chart based on the walkers' height from 1.5 m all the way to 2 m. The poles at my disposal had three different lengths. I determined them as 120 cm, 125 cm and 130 cm. This size spread, which is based on our testing, is still in use for selecting Nordic Walking poles.6
The poles had straps to allow walkers to maintain a more relaxed hold on the poles, to avoid sore shoulder muscles.

At the same time, Exel also developed the rubber bootie for the poles: "The next step in Exel's product development process was creating an asphalt paw. A rubber paw attached to the spiketip of the pole made it possible to practise Nordic Walking in cities on asphalt roads."7
They focussed on promoting the activity first in Finland, as a pilot, to get it established. From the beginning, it was promoted as a health activity. In the fall of 1997, the first television program about the new sport was broadcast. Organized pole walking events were held shortly afterward in response to the interest generated. Shortly afterward, the Finnish Heart Association and the Heli Pulmonary Association began requesting cross-training courses.

When it came time to promote their newly designed poles and the activity for them abroad, the Exel company decided to coin the name, "Nordic walking." Exel released its first "Nordic Walker" poles in 1997. Exel called the poles "Walker" at first, then later "Nordic Walker."
"To gain acceptance around the world, the Exel company named the sport "Nordic walking" and the trademark walking poles were changed from "walker" to "Nordic walker". 'Even we were surprised how easily the words Nordic and Nordic walking have been accepted in the countries we've been importing to. They seem to evoke the associations people have with the north, Nordic countries- fresh air, pure nature, healthy lifestyle. It's been pretty easy to get those ideas through to people.'"8
Outside of Finland, Nordic walking was introduced first to Sweden and Denmark, then to Switzerland, then to Austria and Germany and then to Poland and Slovakia.
2000 — The International Nordic Walking Association is founded.
2004 — Estimated 3.5 million Nordic walkers in Europe.
2013 — Estimated 10 million Nordic walkers in Europe

We like nothing more than to talk all things Nordic Walking

Note: We take your health and wellbeing very seriously. Once you have completed your booking, please complete the Medical Questionnaire. 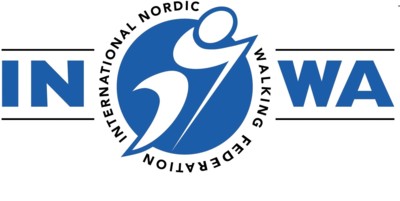 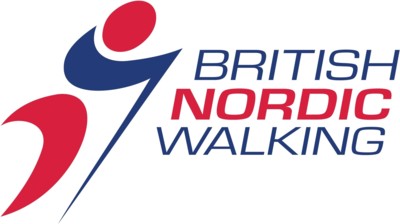 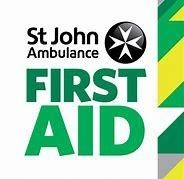 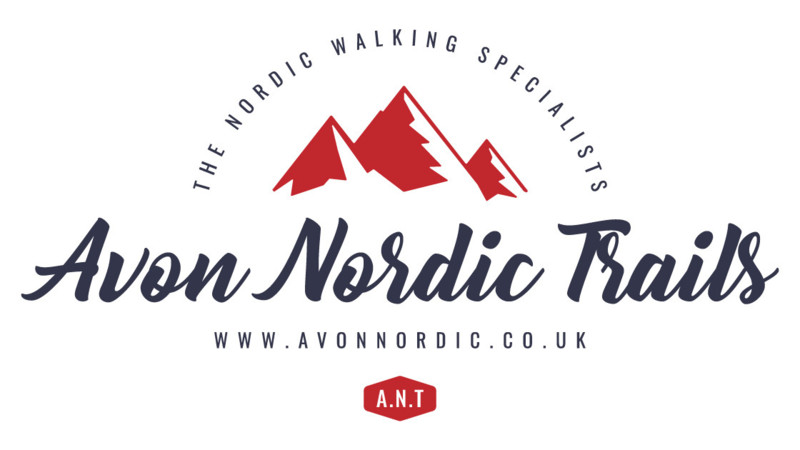